November 12, 2016, is the 201st birthday of Elizabeth Cady Stanton. When her cousin, her co-worker, and her daughter teamed up in 1903 to encourage celebrations of the day, they appealed to women to eschew personal life or personality for the study of Stanton’s ideas. So in that spirit, let’s take up the question, did Stanton ever imagine a future when a woman could be a serious candidate for president of the United States? To live at a time, at the start of agitation for women’s rights, when most jobs outside the home were closed to women and in a place, New York, where a wife’s earnings belonged to her husband–“absolutely in his own right, and not in hers,” in the words of a state court–might, quite reasonably, make such a dream impossible.

Stanton with a child, 1856, copied from a daguerreotype and labeled by Harriot Stanton Blatch. (Library of Congress)

And yet. Stanton and other American pioneers of woman’s rights were, in age, the peers of Queen Victoria. Stanton was born in 1815, Lucy Stone in 1818, Victoria in 1819, Susan B. Anthony in 1820. In a transatlantic culture, they were all young women together when Victoria ascended the throne as a teenager. In Stanton’s case, she and the queen married in the same year–1840–and were bearing and raising their numerous children over the same decades. When Henry Stanton, in 1842, wanted to cheer up a sister-in-law fearful about her first childbirth, he wrote to Elizabeth, “You must remind her of the royal courage of Victoria.” While taking a dim view of monarchy and routinely evoking the Revolution fought by their grandfathers, these Americans found in Great Britain a society with an opening for women that was proscribed in American political culture and an honor accorded for behavior deemed unfeminine at home. Queen Victoria helped their generation imagine change. 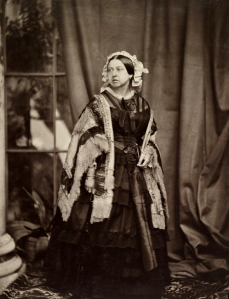 Dragging a queen into a conversation about American political rights can be jarring. Take the summer of 1848. On one day in July, while convening to talk about woman’s rights, Elizabeth Stanton and friends reimagined the Declaration of Independence as a vehicle for staking their claim to liberation. Their Declaration of Sentiments opened with the familiar phrase, “When, in the course of human events,” and went on to proclaim, “We hold these truths to be self-evident: that all men and women are created equal.” In the very next week, they directed their critics to learn from the example of the British throne.

Critics got to work right quick after the woman’s rights convention adjourned and circulated its Declaration on July 20. On Sunday, July 23, a minister in Seneca Falls preached a defense of the social and political hierarchies established by God against the threat posed by women’s rights. Stanton and her friend Elizabeth M’Clintock countered his sermon in a letter to the editor of a local newspaper. Separating the divine from the secular, they wrote:

It is very clear, to every thinking mind, that there is no government on the face of the earth, established by God.

The preacher’s views about the obeisance women owed to men were not integral to Christianity, they insisted, as the case of Great Britain proved.

The greatest nation in the world is at this moment under the government of a woman, and we may travel through the length and breadth of her dominions and no priest will tell you that it is a sin for a woman to reign and rule over a mighty people, prorogue parliament, review her armies in person, and hold her own husband as a subject.

Victoria’s ascension to the throne had been accepted and no one called it a sin against male precedence. That offered a hopeful vision of social change. 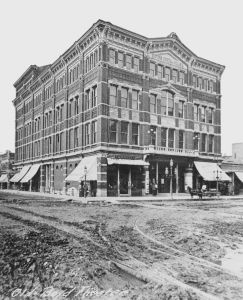 As time went on, there was more to learn from the queen: she was a committed political actor. In 1888, Stanton deployed Victoria, still on the throne and now, like Stanton, a widow, to encourage American women to be similarly engaged in politics. While living with a daughter in Omaha, she delivered a lecture, “Woman’s Duty to Vote,” to the annual meeting of the Nebraska Woman Suffrage Association at Boyd’s Opera House. In it, she urged activists, the curious, and even anti-suffragists to step up to “their responsibility in the success of the grand experiment of republican government.” Once again the queen was to help Americans perfect an anti-monarchical government.

Would that I could awake in the minds of my countrywomen the dignity of this demand for the right of suffrage: what it is to be queens in their own right: intrusted with the power of self-government. . . . Are not the educated women of America as capable of wielding this power as Victoria of England, and is not individual sovereignty in a republic as exalted as in a monarchy?

The vote matters, she instructed, and endows you with honor and power.

Stanton then turned her attention to opponents of voting rights for women, in particular to the increasingly conspicuous women who declared they did not wish to vote. In a passage that surely filled the opera house with laughter when delivered by this accomplished public speaker, Stanton used the queen’s prominence in American culture to mock the anti-suffrage women.

Suppose, when the day dawned for Victoria to be crowned queen of England, she had gone before the House of Commons and begged that such terrible responsibilities might not be laid on her, declaring that she had not the moral stamina nor intellectual ability for the position; . . . Suppose with a tremulous voice and a few stray tears in her blue eyes, her head drooping on one side, she had said she knew nothing of the science of government; that a crown did not befit a woman’s brow; that she had not the physical strength to even move her nation’s flag, and much less to hold the sceptre of power over so vast an empire . . . What would her Parliament have thought? What would other nations have thought? All alike would be astounded and said: ‘The girl is demented; the blood in the House of Hanover has run out.’

It should go without saying that American women were better than that! 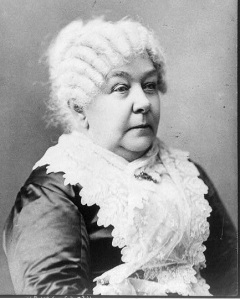 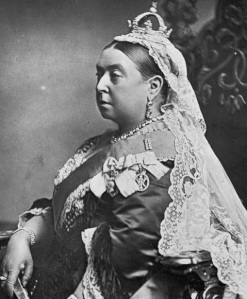 In 1898, Stanton sent a speech to Washington to be read at a celebration of fifty years since that convention at Seneca Falls. Under the title “Our Defeats and Our Triumphs,” she recounted her personal history and reviewed the gains made since her youth, while she passed the torch to a younger generation:

the pioneers have brought you through the wilderness in sight of the promised land; now, with active, aggressive warfare, take possession.

By then, women in Wyoming, Utah, Colorado, and Idaho had full voting rights in local, state, and federal elections. In some twenty more states, women had won partial suffrage–bits and pieces, like the right to vote for school budgets or, in Kansas, the right to vote in city elections. Stanton alluded to such indicators of progress, and then she launched Queen Victoria on an important journey:

With a Queen on the English throne, why not a daughter of Jefferson or Adams in the Executive Mansion as President of the United States. There is no law or constitution to prevent women from holding the highest offices in the gift of the people.

White House, c. 1893. Half of stereoscope card. (Library of Congress)

Through the prism of Queen Victoria, Elizabeth Cady Stanton could see past the obstacles in women’s way and imagine a mountaintop. That was 1898. “Take possession,” indeed. Happy birthday, Mrs. Stanton!

# Thanks to the Tenafly (N.J.) Historic Preservation Commission, whose invitation to speak about E. C. Stanton and the presidential campaign of 2016 got me thinking.

# Title quotation from Rudyard Kipling, “The Bells and Queen Victoria” (1911)